Parenthood, as Joachim Cooder explains, means a lot to him, and has informed all his music. It’s the same for his father – the legendary Ry Cooder – who not only raised his son in a remarkable house of music, where living legends came constantly to make music, but specifically set up his most recent tour to provide Joachim with sufficient income to raise his two little kids.

Joachim has not only played drums live and with his dad on many projects, including Ry’s recent and remarkable The Prodigal Son, he also helped co-produce that album. He brings his decidedly new school sensibilities to his father’s old school music. Whereas daddy Ry plays all his elegiac slide-guitar lines in real time, just like records have been made for decades, Joachim employs exotic sonic loops, which they fold into the tracks.

So when not gainfully employed working with his famous father, Joachim’s been busy building his own tower of song with new materials. Last year he released the glorious EP Fuschia Machu Pichu (named after a local plant), with beautifully hypnotic songs such as the title track, as well as “Everybody Sleeps in the Light” and the tender, haunting “Gaviota Drive.” 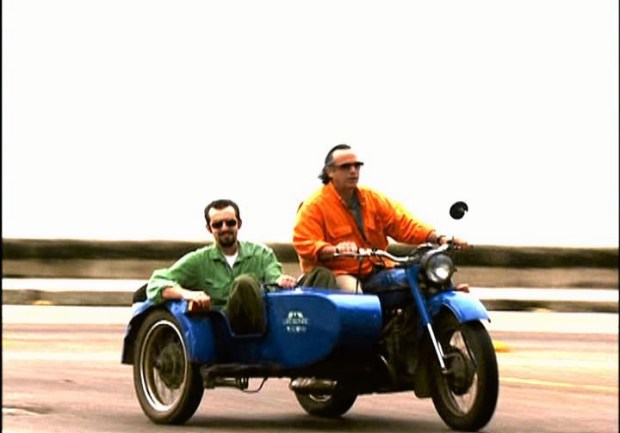 Lest you think he is being noticed only because of his lineage – an easy assumption to make – listen to the dimensional beauty of these tracks, and the poignant lyrics (almost all inspired by Joachim’s own parenthood) and beautifully heartfelt vocals. It’s music far different and more modern than that his father makes. Yet it shares an essential element: it is real. Genuine. From the heart. Not contrived. 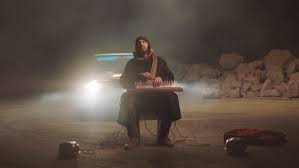 Joachim’s music possesses the single attribute Ry finds missing in most modern music: artistry. As he said, too many players he hears these days have developed no artistry, no style or grace, only urgency. “Can’t they hear that they’re flat?” he asked with disbelief. “If you don’t feel it,” he said, “Fine. Do something else. Go get a sandwich.”

Timeless music, as Ry has shown by example over these decades, is all about a  purity of intention, of stripping it down to essentials. It’s not about how many notes you play but by how deeply one note can make you feel. It’s a lesson Joachim, born in the summer of 1978, learned well.

Of course, Ry was not the only legendary teacher around. Drummer-extraordinaire Jim Keltner kept a set of drums at the Cooder home, and showed Joachim just enough to get him started. Perhaps sensing that his father owned much of the map of modern guitar playing already, Joachim knew he needed to walk his own musical path. It started with drumming – as well as co-producing with his father and other artists (including their great Buena Vista Social Club celebration of Cuban music) – and branched off into creating his own sonic collages, which led to his own songs and style.

Nowadays father and son blend their approaches effortlessly and without question. When I asked Ry if he ever looped his guitar, he laughed and said, “No! Never. That is my son’s thing. I just play.”

Not only did Joachim bring  deeply soulful, creative drumming to this album,  he also created many of the sonic landscapes – “tone centers,” as Ry put it – on which these tracks were built.

After the album was complete, father and son assembled a new touring band. None of which would have happened if not for Ry’s love for his son and their work together.

“I wouldn’t do it if [Joachim] wouldn’t do it,” said Ry. “He’s got a new baby. Four days old. And my little granddaughter’s 2 ½.  And we have to leave them behind. Gonna go out and make some money. Put some beans in the pot.” 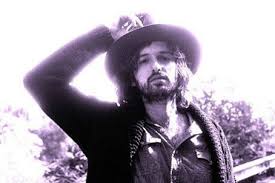 The collaboration evolved gradually, as Ry tried to figure out the best way to make a record about both of them. But how to connect that new school with the old one?

The revelation came when Ry realized that he could solve two problems at once. Wanting to make an album about now, this moment in our history some 18 years into the 21st century, with so much madness, hatred and sorrow streaming through America, he was drawn to the redemptive, hopeful glory found in the timeless gospel songs he loved. He felt an album of his favorite spirituals, mixed in with some fresh originals, could be right for now. Yet he knew a traditional approach to classic gospel songs would not conjure the magic he wanted.

And that’s when he tried singing the old Pilgrim Travelers’ beautiful “Straight Street” over one of Joachim’s tracks. The result was unexpected, and beautiful. And the journey of Prodigal Son had begun. It’s an album of great sonic beauty, a rich, fertile fusion of Joachim’s grooves and sound collages with Ry’s exquisitely poignant guitar work on these new and old spirituals is stunning.

That spirit is very much alive in Joachim’s haunting and inspired song cycles, and the beauty of his soul that shines through in each on Fuschia Machu Pichu. Wisely, he employs his dad to play guitar on his music as well.

We were happy to talk to him about all of this and more, his own music, being raised by Ry and how much his kids have inspired his songwriting.  We spoke this past summer over the phone just days before he embarked on a national tour with his dad.

Fuschia Machu Pichu, he said, is “probably the thing I’ve been most excited about. I feel like this is the most real thing I’ve ever done, the most representative of who I am. I feel like it’s not part of any other thing. It’s very just me with my influences I’ve had since I was really young, growing up around people like Ali Farka Toure or seeing John Lee Hooker live at a really young age. There’s certain things about this record that makes me think about all those things and how I’ve come up through these things.”

This is Part One of our two-part talk, conducted by Paul Zollo, with Joachim Cooder.